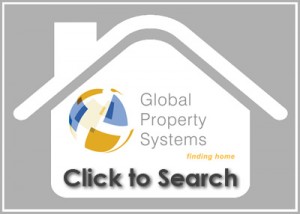 Tappan, New York is one of Rockland County’s oldest, most history-filled towns. Technically a hamlet in the town of Orangetown, it was the site of the county’s first court house, erected in 1691. Tappan figured prominently in the American Revolution, as a center for much of the revolt and home to many famous and infamous characters. George Washington made Tappan his headquarters four times during the war. It was in Tappan that Major John Andre was convicted and hanged for his part in attempting to take West Point for the British with the help of turncoat Benedict Arnold. In 1774, two years prior to the Declaration on Independence, the Orangetown Resolutions were written and adopted in the Tappan home and inn of loyalist Yost Mabie. The resolutions labeled Britain’s newly increased taxes and the closing of Boston Harbor as “Unacceptable Acts.” Yost’s inn still stands in Tappan as a restaurant named, appropriately, The 76 House.

Because of its age and rich history, many of the homes from that era still stand, a tribute to the solid construction of the stone-built Dutch Colonials in the area. It also has many structures which are on the Registry of Historic Places, including the Reformed Church of Tappan, where Major Andre was tried in 1780, and an entire district within the town containing over a dozen designated structures. Tappan is conveniently located within easy driving distance to New York City, via either the Palisades Interstate Parkway or the New York State Thruway. Depending on traffic, the trip to the George Washington Bridge can take as little as 20 minutes. Commuters can access rail transportation at the nearby Pearl River station, or take local bus services. As Tappan is on the New Jersey border, it is also convenient to Bergen County and northern New Jersey.

Tappan residents have access to a wealth of sports and outdoor facilities. Orangetown operates numerous tennis and softball parks, offers golf at the 27-hole Blue Hill golf course and the Broadacres 9-hole course. Seven other public courses are within five miles of Tappan. There are also six private and semi-private country clubs featuring 18 hole courses in Rockland County. Residents can enjoy summertime swimming at Lake Welch, and hike the trails of Harriman State Park, just a few minutes drive north. Around Tappan itself are miles of hiking and cycling trails that wind through Rockland’s forested parks. Dining in and around Tappan is delicious and diverse. Besides the 76 House, there are five other Zagat-rated restaurants in Tappan, several national chains (Applebees, Panera, etc.) nearby, plus many other independently operated gourmet restaurants to discover. Menu choices include Italian, American, Korean, Japanese, Thai, French, Irish, Spanish, Mexican and seafood cuisines. And of course, the wonder and immensely diverse dining of New York City is always just down the road.

Shopping in the Tappan area is also plentiful and varied. Tappan is close to a shopping center, several small malls, and a large variety of businesses in neighboring Northvale, NJ. In the area is a large Shoprite grocery, several other specialty grocery stores, two pharmacies, several gas stations, and the many other kinds of commercial outlets which make life easier when they’re nearby. A few minutes away is the Palisades Center Mall, one of the largest in the U.S., anchored by Lord and Taylor, Macy’s, Best Buy, Home Depot, Target and JC Penney.

Full of history, with lots to see and do, Tappan is a fascinating and convenient place to be. It offers the convenience and simplicity of living “just upstate,” with easy access to the greatest city in the world almost next door.