Buying a House in Costa Rica

The number of Americans moving to Costa Rica has increased dramatically in recent years. Ultimately, the country has a lot to offer, including an outstanding culture, beautiful landscapes, attractive climate, and stellar cuisine. Many people who’ve traveled to the area on vacations or for other reasons fall in love with the country, making buying a house in Costa Rica a new goal.

While it might be tempting to start searching for your perfect property right away, it’s best to understand what Costa Rica real estate for expats involves and what it’s like to live there. If you’re wondering, “Can Americans buy property in Costa Rica?” and want to learn more about buying a house in Costa Rica, here’s what you need to know. 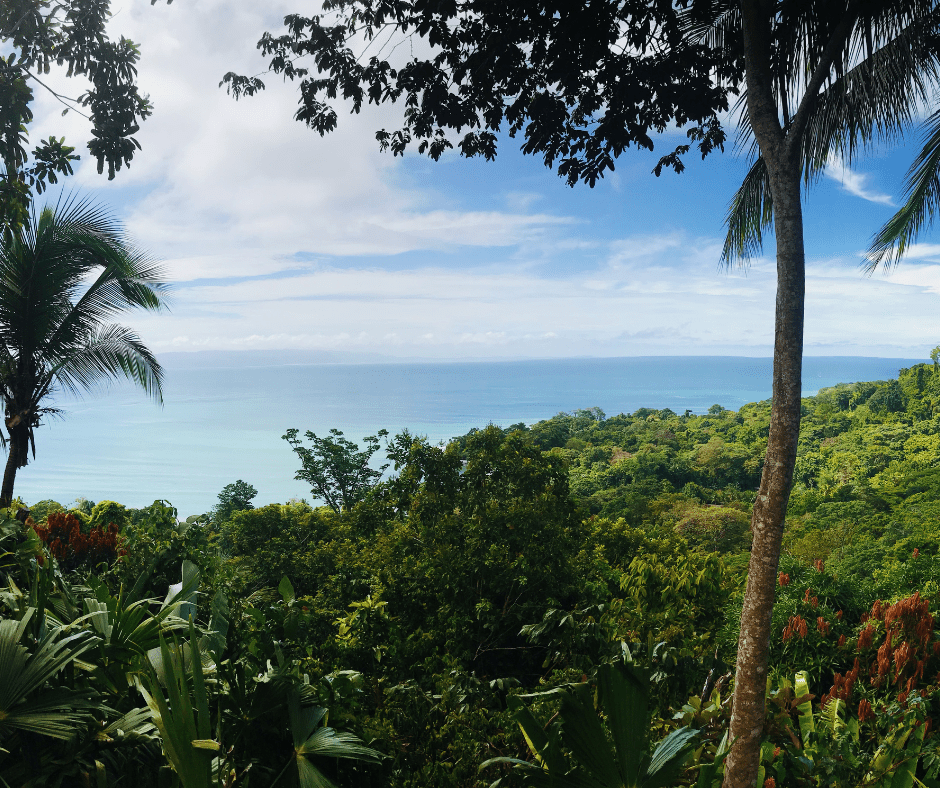 What to Know Before Moving to Costa Rica

Generally speaking, it’s only wise to explore buying a home in Costa Rica if the country meets your broader needs. While the nation offers an outstanding lifestyle and many Costa Rica customs and traditions have broad appeal, that doesn’t mean it’ll suit everyone.

Costa Rica has a rich history. Indigenous people have been in the region as far back as 5000 to 7000 BC. Aztecs, Incas, and Mayans all migrated through the area, and you can see some of these influences in historical sites, art pieces, and other relics.

Overall, Costa Rica is known for being a happy, vibrant country brimming with national pride. Today, the nation is a cultural melting pot, welcoming immigrants from around the world. While the Spanish colonial influence remains, the vibe has shifted as people arrive from every corner of the globe.

Costa Rica works diligently to provide its people with everything they need to thrive. Healthcare and education are priorities, and they widely embrace their positions as a long-standing democracy. Sustainability and conservation are similarly promoted by everyone, including politicians and everyday people alike.

The culture in Costa Rica is incredibly relaxed. The nation maintains a quaint feel, often regardless of the size of the city or town. Overall, people are peaceful, kind, and joyful and are usually quite welcoming to those who arrive from other countries and wish to call it home.

Celebrations in Costa Rica are commonplace, and many Costa Rica holidays and festivals pay homage to the Catholic faith, which is prevalent in the country. In fact, Catholicism is the nation’s official religion, and studying it is required in schools. However, there are also non-denominational celebrations throughout the year across Costa Rica, so there’s ultimately something for everyone.

One of the main reasons people are attracted to Costa Rica is the outstanding climate. Primarily, the temperature is tropical, remaining warm or hot all year round. Some parts of the country are dominated by rainforest climates, while others are tropical savanna.

Overall, the dry season runs through the winter, starting in December and ending in April. During January, when temperatures are at their lowest, they still tend to stay above 60°F in many parts of the country, keeping it comfortable.

From May to November, it’s the wet season, though summers can be pretty hot and dry, albeit a bit cloudy. In many cases, temperatures can reach above 100°F during the hottest months. Often, during the wetter part of the year, the humidity level is high, too.

As a Central American country, it shouldn’t be surprising that the official language of Costa Rica is Spanish. However, it’s spoken with a distinct accent and dialect. Often, Costa Ricans switch out the ending “tito” for “tico,” with “tico” also being a term they use to refer to themselves casually.

However, there are other languages represented in Costa Rica. For example, Limonese Creole – which isn’t wholly dissimilar to Jamaican English – is common in some communities. Indigenous languages are also used, mainly those that are part of the broader Chibchan family.

Within areas frequented by tourists, English is also widely spoken. While it isn’t an official language for business, many Costa Ricans understand that being able to converse with English-speaking tourists works in their favor, so you can often find English speakers near popular tourist destinations. 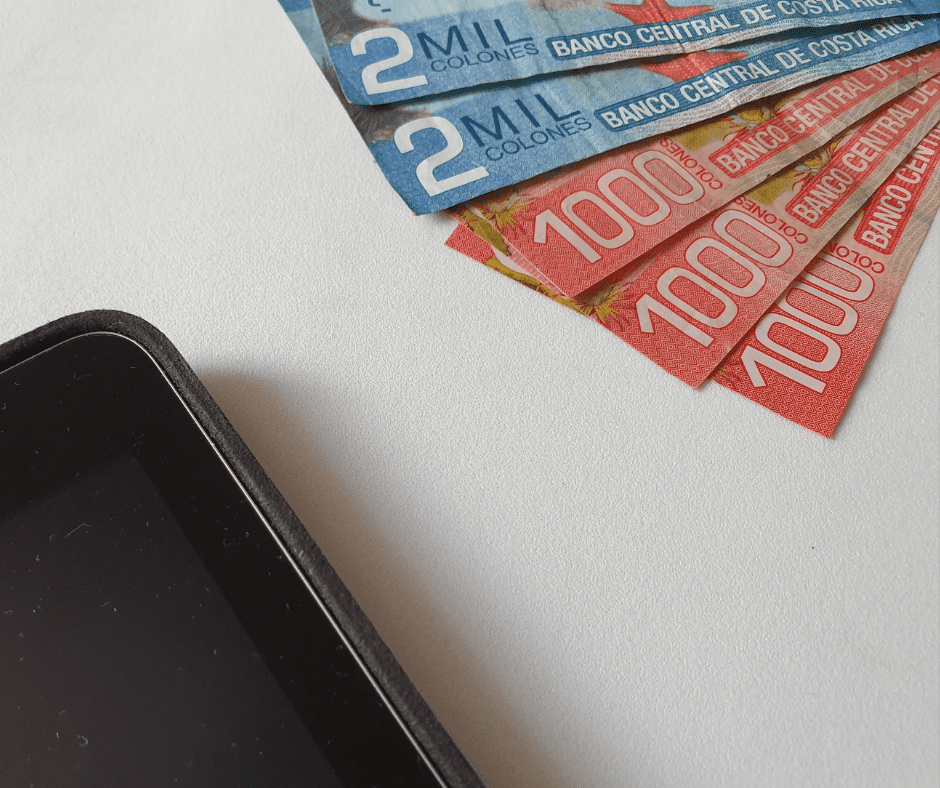 The official currency of Costa Rica is the colón. It was named after Christopher Columbus, known as Cristóbal Colón in Spanish. Each colón can be divided into 100 céntimos, making it similar to dollars and cents in the U.S.

Generally speaking, the colón is a reasonably stable currency. Often, that works in favor of anyone interested in buying a property in Costa Rica. It can make real estate costs and other expenses easier to manage and predict if you have to convert dollars into the local currency.

Overall, the colón has less value than a dollar, but that doesn’t mean the exchange rate universally works in favor of Americans. Instead, the relative price is essentially the same, as you have to spend far more colónes to make a purchase than you would if you bought the same product in the U.S. with dollars.

While Costa Rica isn’t as low-cost as it once was, it remains a reasonably affordable place to live. In many cases, single expats and couples can live reasonably well on the equivalent of $1,500 to $2,000 per month, depending on the exact location. For families, $2,000 to $4,000 or more might be necessary.

Depending on your preferred lifestyle, spending more in Costa Rica than you in the United States is possible. That’s particularly true if you have children and choose to send them to private schools, want to live a bit lavishly, or otherwise aren’t particularly frugal.

When buying property in Costa Rica, the prices are typically in the millions when listed in colónes. However, the cost seems far less dramatic when the exchange rate is considered.

Moving to Costa Rica from the USA is exciting, but there are also some risks of heading to another country. As a result, knowing how to contact the nearest U.S. Embassy is essential. The office can help you navigate a range of emergencies, including arrests, crimes, deaths, and medical issues, while you’re in Costa Rica.

If you’re currently in Costa Rica, you can contact the U.S. Embassy in San José by calling 506-2519-2000 during regular business houses. If you’re outside of Costa Rica, you’ll need to dial 011 before you enter the phone number to connect correctly.

You can also go to the U.S. Embassy in San José, Costa Rica, in person during business hours. The address is:

Before you worry about how to buy property in Costa Rica, you need to understand the residency and immigration requirements. As with most countries, visiting Costa Rica isn’t overly challenging if you have a passport and don’t plan to stay for more than 90 days. However, if you’re trying to determine how to move to Costa Rica from America, that changes the equation.

The requirements to move to Costa Rica and purchase property are complex. As a result, anyone immigrating to Costa Rica from the USA is usually best served by hiring an immigration attorney to assist with the process.

Several programs are available, so you’ll need to choose the one that fits your situation. For example, one for retirees is popular for expats who want to spend their golden years in Costa Rica. However, depending on your situation, others may work – such as the rentier or investor option.

Buying a House in Costa Rica

Buying a home in Costa Rica as an American isn’t overly complex, as Costa Rica allows foreigners to purchase property without residency permits. However, there isn’t an MLS system or certified real estate professionals, so there aren’t as many regulations to protect you.

As a result, it’s best to work with a real estate professional you can trust and that understands the Costa Rican market. If you’re like to find a fantastic property, check out the homes for sale in Costa Rica through Global Property Systems for a streamlined experience. Contact us to learn more about the available houses and get guidance on navigating the process.

← Dog-Friendly Things to Do in the Hudson Valley What Are the Maintenance Costs of Owning a Home? → 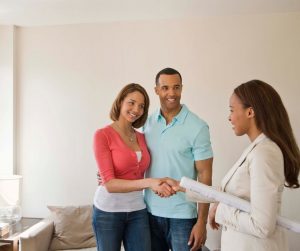 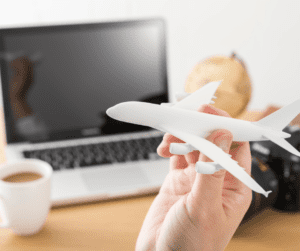 The Hidden Costs of Moving Abroad 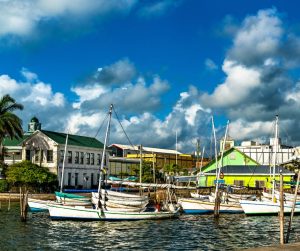