Palisades, New York which was formerly known as Sneden’s Landing. The “landing” still exists as an integral part of the village of Palisades, which is actually not a village at all, but a hamlet in the Town of Orangetown in Rockland County, New York.

The hamlet has its own library, and post office with the zip code 10964. It is almost entirely residential with the exception of a small industrial area section on the Tappan border. The area now commonly referred to as Sneden’s Landing, is located within the eastern portion of Palisades between US Route 9W and the Hudson River. Sneden’s Landing has been home to a host of professional and artistic residents, including Bill Murray, Mikhail Baryishnikov, Bjork, Al Pacino, and several other notable personalities. The hamlet’s significant institutions include an IBM conference center, the Lamont-Doherty Earth Observatory (of Columbia University), and a well-regarded nursing home.

It is the southernmost community in Rockland County. Sneden’s Landing is mentioned in Alec Wilder’s song “Did You Ever Cross Over to Sneden’s?”, one of Mabel Mercer’s signature pieces.[1]

Village life is quaint and pleasant. A weekly Saturday Farmers Market is held in the Palisades Community Center at 675 Oak Tree Road. It features a variety of local growers, bakers and food producers coming together to sell their goods to local customers.

Shopping for goods and services is as close as Tappan, NY, and Northvale, NJ. Palisades is located a mile and a bit from the New Jersey border. Just over the border in Northvale, New Jersey is a large Shoprite grocery store, a CVS pharmacy anchoring an outdoor mall featuring Panera Bread, Chase Bank, the Woo Ri Korean market (fabulous for produce and Asian specialties), Starbucks (of course!) Applebee’s Restaurant, and a host of other retail stores. Fast food, grocery food and everything else you need is minutes away, including gas without the 20 cent per gallon New York excise tax.

Nearby are the river villages, which are fun destinations for tourists and locals alike. Piermont is one of America’s few remaining East Coast villages with over-arching Sycamore trees on its main street, quaint shops, restaurants and coffee houses, and a spectacular pier, jutting over a mile out into the Hudson River. The pier can be walked or driven, and is a great day-trip. Piermont is home to several famous restaurants, including world-renown Chef Peter Kelly’s Xavier’s Restaurant, and his next-door Freelance Café. Also gracing Piermont’s streets are Confetti and Portofino, two fabulous Italian restaurants, Slattery’s, a steak and chop house, Piermont’s Sidewalk Bistro, a French restaurant with outdoor seating, and The Harbor House, an Irish restaurant/bar. At the south end of Piermont Avenue is Bunbury’s Coffee Shop, which features a wide assortment of specialty coffees, lattes, cappuccinos, fresh baked goods and sandwiches. Next door is the Turning Point Café, a venue for some amazing musical acts and blues performers.

In neighboring Nyack (about four miles north) are a wide variety of local and franchise retail locations. Beyond a Starbucks, Quiznos, McDonalds and a few other mega-franchises are a load of independently operated gourmet restaurants, retail shops, and fun places to spend an afternoon or evening. Look for quaint antique shops, art galleries, clubs, and tucked-away bars and restaurants to while away some time. For the more traditional shoppers, Nyack is home to the second largest mall in America. Located on Hwy. 59 and the New York State Thruway, the Palisades Center (no relation to Palisades NY) hosts Macy’s, Lord and Taylor, Target, Home Depot, Lowes Theaters, Bloomingdales, and many other retail stores, in a four-level mall just a few minutes by car.

Palisades is on a direct bus route to Manhattan, with stops at the George Washington Bridge (GWB), or Port Authority. Both offer connections to the NYC rail system and subway connections. By car, the GWB is a mere 15 minutes on a normal day, with Manhattan available on the west by the West Side Highway, and on the East via the FDR.

Palisades is the perfect location for those who seek a quiet, engaging village, but with easy access to both the upstate village peace, and the busy New York City life. 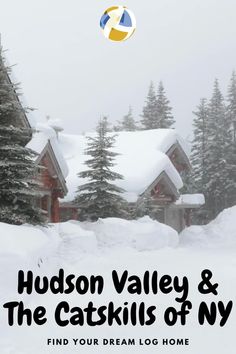